FREE shipping on domestic orders for Face Masks and Merino Swaddle Sets. Contact us for custom-made order inquiries for Australia and International.

With a passion for nature instilled in her from a young age, Shleep founder Indi Maini attributes this admiration of Mother Nature to her father.

More often than not, it’s the simplest ideas which turn out to be the most powerful. When Dr Jagmohan Maini first encouraged tourists driving on Canada’s endless rural highways to get to know the natural landmarks they were passing, he had no idea just how big eco-tourism would become. Dr Maini’s simple idea of highlighting the trees, rivers and vistas along drivers’ journeys was a forerunner of the explosive global growth in sustainable eco-tourism, encouraging everyday citizens pay more attention to their natural surroundings.

Dr Maini was born in India, where, at an early age, he showed a great interest and fascination in the forests around his father’s medical practice in Abbottabad. However, it was whilst writing his thesis that his interest in ecology and conservation really began to bloom.

“I was inspired by a professor to study ecology and conservation,” Dr Maini explains. “He had just returned from England where he had worked with a scientist who was a pioneer in the study of ecology. I was intrigued by this new field of study and was encouraged to do my Masters on the forests of the Himalayan mountains – one of the most majestic settings on earth. This was a natural stepping stone towards advocating for sustainable forest managements all over the world.”

After receiving his Master of Science (Honours) degree, from the Forest Research Institute of India, Dr Maini left his home country for Ph.D studies in Canada. Little did he know that Canada would soon become his family’s home and he would help shape the intergovernmental forest policy dialogue. His long and successful career as a university professor, researcher, chief negotiator on forests with the Canadian government and co- head of the UNFF Secretariat not only led to his instrumental role in organising the first Rio de Janeiro Earth Summit in 1992, but also to what he notes as his career highlight: “Developing criteria and indicators of forest practices, which today have become the global standard for forest management.”

It’s not only tourism which has sparked an interest in Mother Nature; fashion, interiors and lifestyle brands are waking up and turning their backs on synthetics and man-made, favouring natural fibres such as wool and cotton. And whilst it hasn’t happened overnight, each day an increasing number of consumers are choosing to buy natural over man-made.

Little did Dr Maini know that his dedication to the environment would have such a profuse impact on all aspects of society and would also encourage his family to pursue careers working with natural wonders. Taught from a young age the importance of choosing nature over plastic, his daughter Indi developed a passion for seeking more sustainable ways – a mentality which can only be attributed to her father’s teachings. Now, Indi has taken this knowledge and passion to turn it into a lifestyle, launching health and happiness brand Shleep, which sources the world’s finest Merino wool and turns it into luxurious bedding products to promote the best waking life.

“My father had an enormous impact on my life and career. I was always an entrepreneur and risk-taker at heart – and my father encouraged this even in times I failed and felt I wanted to give up,” says Indi. “One year, my father gifted me a book titled Letters of a Businessman to His Daughter which he thought would help me and I read as gospel.

“My father is so well respected and awarded as a major game-changer in the world of forestry, climate change and environment. His purpose was about changing the world and influencing the younger generations to do the same. So it’s fair to say that my love for nature over synthetics is well and truly entrenched in my DNA. Perhaps that’s one of the reasons I was attracted to my husband Stuart, who has taught me everything to know about wool, which is the fibre of choice for Shleep. Shleep was born out of a question Stuart once asked: “Why are Americans not sleeping on and under wool?”. It all made sense to me as my father was so influential in making the world a better place with sustainable ethos and way of thinking. It’s my father who in end was the voice in my head to launch Shleep.”

Having been an early adopter of returning to a more natural way of doing things, Dr. Maini recommends that everyone see the new documentary called Anthropocene: The Human Epoch. “It answers the question of human impact on nature and environment,” he explains. “Our species is a small portion of our natural habitat on this earth, but humans have had a disproportionate destructive impact on the environment. Unless we can reverse this trend, our planet’s future is in jeopardy. A positive step in respecting our world’s environment would be to change our throw-away consumerism culture and start to seriously invest in renewable, sustainable products, choosing natural fibres such as wool instead of petroleum-derived materials.” And so it really comes as no surprise that Shleep favours natural fibres over man-made. Wool is a 100% natural, renewable and biodegradable fibre, making it the responsible choice for today’s conscious consumer.

As the mercury begins to once again plummet across Canada, Dr Maini says he is looking forward to wrapping himself in a sustainable wool blanket to fend off the chilly winter months, and no doubt his wool blanket of choice will be from Shleep.

No products in the cart.

Your wishlist is currently empty. 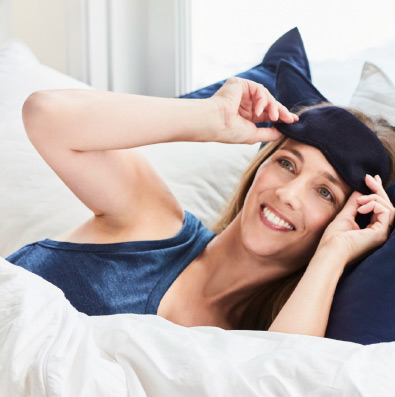